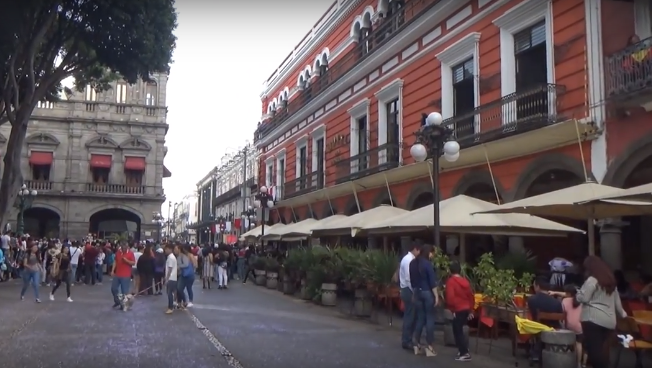 I wasn’t blown away by Mexico City. It being the biggest in the Americas I guess I had some expectations and it ended up feeling somewhat similar to a big american (U.S) city. I had asked some people who had visited the city of Puebla if it was worth visiting and they described it as a grittier version of Mexico City. I wasn’t exactly sold. But on the other hand it was pretty much in my line of fire (tire fire) to get to Oaxaca, Oaxaca. What did I have to loose by checking it out? What did I have to gain?

Maybe it was because of the aforementioned low expectations I had for Puebla, but I ended up loving this place. The architecture, notably the tile adorned buildings gave this city a very cool European esque vibe that I really enjoyed

One of Puebla’s historical gems is it’s Palafoxiana Library, which was the first public library in Latin America

Puebla has many great museums but the Amparo Museum might be the best. It covers Anthropology and Art from the various periods in Mexico’s history

Cholula is a Pueblo Magico (magic town) just south of Mexico City. If ever you’re in the area it’s definitely worth taking a day to visit this lovely town which also features an impressive archaeological site

Next is one of my favorite Mexican States; Oaxaca!