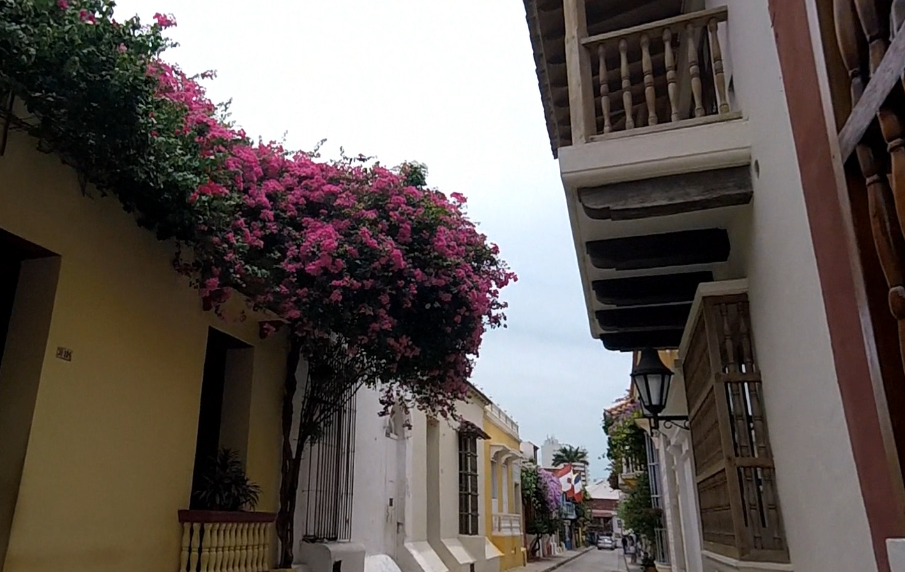 I’ve always taken flights with at least one person with more flying experience than I. So in my previous areal experiences I’ve often deferred the figuring out of things to someone else. To fly to Cartagena from Panama City, not only was a flying alone in a Spanish speaking country, but I was also flying with a bicycle for the first time

Since Costa Rica I had been listening to a podcast series on how Latin America gained it’s independence from Spain (Revolutions by Mike Duncan). This podcast was really making me excited to visit Colombia because of all the historical events that happened there. Cartagena in particular might be the most historically significant city in Colombia

Cartagena’s Historic District is a blast from the past that shouldn’t be missed if you’re visiting Cartagena. But since it doesn’t really give you a good idea of how most of the city’s people are living today. One exciting place to get a sense of this is Cartagena’s principal place of wheeling and dealing; Mercado Bazurto