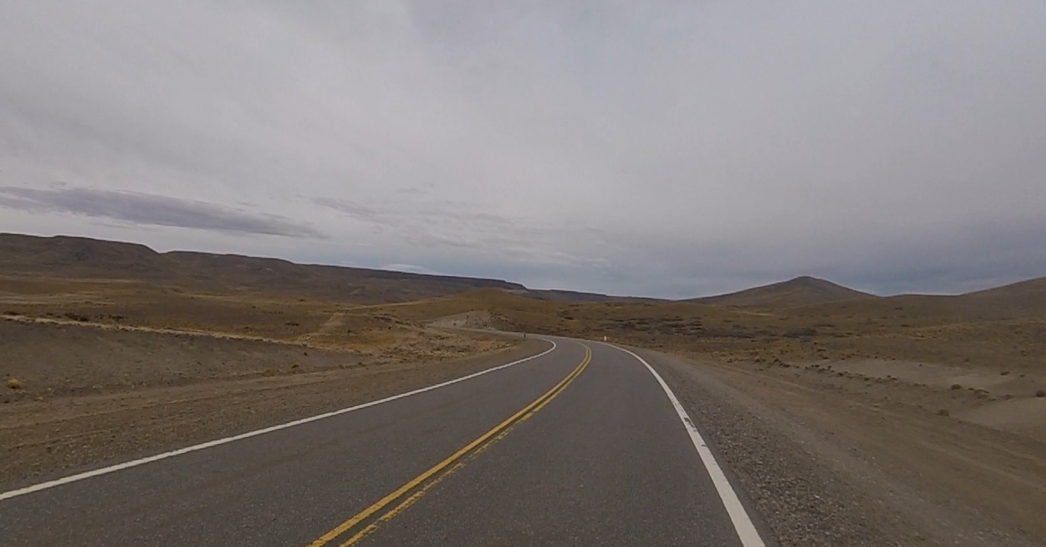 During my time on Chile’s Carretera Austral I saw more cycle tourists than I had during my whole trip before that point. But I never really considered teaming up. What would be the chances of having someone match your travel style (budget), daily distance and personality? Low chances but apparently not impossible. On the last ferry exiting Chile I met Chloé from France. We talked about our trips and when we realized we we roughly had the same itinerary for the next week or so, we decided to join forces. No better place to do it than the desolate lands of Argentinian Patagonia

Touring with Chloé had been a lot of fun. But since she had a plane to catch in Ushuaia, she didn’t have time to spend time in El Chaltén. But given that I had heard this was Patagonia’s best hiking town for those on a budget, I couldn’t cycle past it

With Team Flatagonia (named after my many flat tires) disbanded I headed back into the lonely Argentinian Desert once again. The goal; El Calafate

The main reason people go to El Calafate is to see the Perito Moreno Glacier. One of the natural wonders of the world. I thought there was no way I could miss this until I found out what everything cost. Unlike the hikes in El Chaltén, Perito Moreno had a steep entrance fee. And the cost of the transportation there was even more expensive! (cycling there and back to El Calafate in one day was not feasible and camping near the glacier not permitted or advisable). But thanks to a little cultural exchange, a solution was brought to my attention!