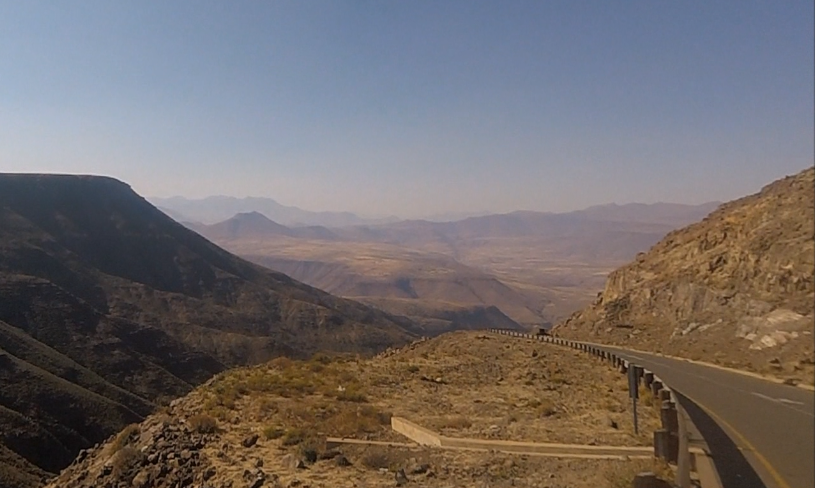 I hadn’t even heard of Lesotho before I came to Africa. It’s a tiny country landlocked within South Africa. But yet it came up in conversation time and time again with locals and other tourists who had been able to visit it. ”You have to go to Lesotho” they said. I got the chance to look at a topographical map and figured I knew one of the reasons people were saying this. It’s a very mountainous country. Time to find out the other reasons these people loved this mountain kingdom

If you’ve just watched the previous video, you would probably agree that Lesotho is a beautiful country. And one of it’s crown jewels is the Maletsunyane Waterfall in Semonkong

Most of Lesotho’s residents live a very old school earthy lifestyle. Mostly consisting of raising livestock and/or growing grain. One of the few places where this isn’t the norm is Maseru. Lesotho’s capital and only city

Now that I was rested up and videos were uploaded, it was time to see if I could handle Lesotho’s higher, windier and colder half of the country. Eastern Lesotho

Sometimes the best moments aren’t planned. Actually I find that’s often the case for me. When I first arrived in Hlotse I was just looking for a place to sleep so that I could continue on my journey. I ended up finding so much more